I didn’t learn about Juneteenth in elementary school, middle school, high school, or college. It wasn’t taught in American history classes which included the Revolutionary War, the Louisiana Purchase, the Civil War, Reconstruction, the Transcontinental Railroad, both World Wars, the Korean and Vietnam conflicts, and even the Cold War. Our textbooks didn’t include anything about Juneteenth, and none of my teachers or professors lectured about it. Granted, I didn’t take any Black History classes in college, but why is it just Black history? Shouldn’t the end of slavery be taught in general American history classes?

I first learned about it going on tours at Oakland Cemetery and the Atlanta History Center here in Atlanta. I am so thankful for organizations like these that continue to educate and inform our communities about historic events that were whitewashed, pushed aside, and sometimes even forgotten.

In case you were not aware, Juneteenth commemorates the June 19, 1865 announcement that all slaves in Texas were free. Because there were few Union troops in Texas, and it being the most remote of the Confederate states, Union army general Gordon Granger traveled to Texas, after the Civil War ended that April, to announce the end of slavery, despite the Emancipation Proclamation formally freeing slaves on January 1, 1863. Slavery would not be legally abolished until the ratification of the 13th Amendment on December 6, 1865, which abolished slavery in all states and territories in the United States.

In years following, celebrations began first at churches in Texas, and then started spreading around the South until it started resembling a food festival of sorts in the 1920s and 1930s as more African-American owned businesses became involved. Celebrations were still held at churches or in public parks as Jim Crow laws were enforced, and limited spaces were available for African-Americans to congregate. It somehow missed being a part of the Civil Rights movement, but gained momentum in the 1970s with a focus on African American music and art. Most American cities have some type of celebration or event, and 49 of 50 states (all but Hawaii) recognize Juneteenth as a state holiday or day of observance. Texas recognized Juneteenth as a holiday in 1980, and many states followed in the decades since, with Georgia recognizing the holiday in 2011, with the passage of S.R. 164, co-sponsored by state senators Lester Jackson from Savannah, Donzella James from College Park , and Valencia Seay from Riverdale.

So why is Juneteenth important? Why is it more than just a lecture in Black history classes? It deserves equal footing with Independence Day, as it is an independence day for many Americans. The end of slavery led to civil rights being granted to African-Americans, including the right to vote, and eventually own land, own businesses, and pursue equality in all aspects of life. It led to women leading the charge to get their right to vote, the Civil Rights movement, and a push for immigration reform to allow entry from many Asian countries, which had been restricted by the Immigration Act of 1924 until passage of the Immigration Act of 1965. It is not a coincidence that the Immigration Act of 1965 passed the year after the Civil Rights Act. There is a push to make Juneteenth a national holiday, and maybe with the changes happening all over our country now, Americans learning more about this symbolic day will push us to learn about our fellow Americans, the obstacles their ancestors met and overcame, and the challenges that many Americans still face, just because of the color of their skin.

Yesterday, I joined a few dozen others on a self-guided tour of Oakland Cemetery as part of their Juneteenth celebrations. For the past five years, they have conducted guided tours, but to practice social distancing this year, they offered the self-guided tour, and are providing more education online and through their social media channels. 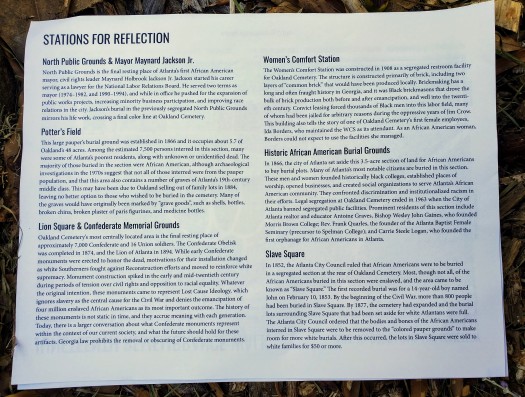 Oakland Cemetery is an integral part of Atlanta’s history. For a city known for tearing down history, it is one of the few pieces of the city that has remained untouched since it opened in 1850 with just six acres. The first Black person buried at Oakland was a 14-year old boy named John, in January 1853. African-Americans could be buried in “Slave Square” in the original six acres from 1853 to 1887, when the cemetery moved almost 900 graves to a new section designated for African-Americans, and opened the land to sell to White families. The last traditional plots were sold in 1884, but the cemetery remained segregated until 1963, when the city of Atlanta banned segregation in public facilities. Prior to this, only two black people were buried in the previously segregated cemetery. Catherine Holmes was buried in the Boylston family plot, and Georgia Harris was buried with Mrs. I.S. Boyd. I assume they were servants and maybe even former slaves to the families, given the dates that they died. 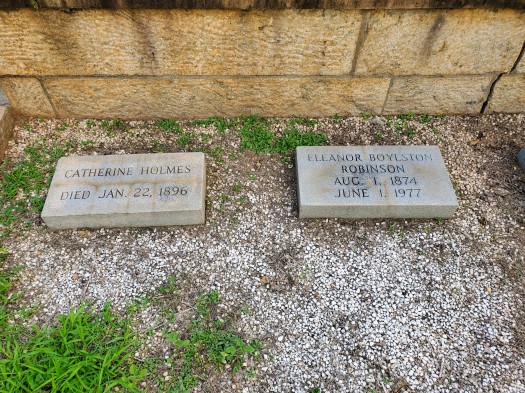 When former Atlanta mayor Maynard Jackson passed in 2003, he was buried in the North Public Grounds, overlooking the downtown Atlanta skyline. That Atlanta’s first black mayor’s final resting place is in a part of Oakland Cemetery originally designated for its W

hite residents is not lost on me, other visitors, or the Oakland Cemetery Foundation. Maynard Jackson played a key role in expanding opportunities for minority-owned businesses, reforming the city’s police department, and urging African-Americans to move to the South while serving as Atlanta’s mayor.

Like much of Atlanta and the south, Oakland Cemetery has its share of ugly truths, and its foundation does a wonderful job of educating its visitors about the reality of segregated cemeteries, and providing context to the historical value within the current atmosphere. One reality that many who visit Oakland notice is that the African-American section is not as kept up as the previously designated whites-only section. There are a number of reasons for this. Grave markers in the African-American section were often made of wood and would not last long. Many families whose loved ones were buried at Oakland also left Atlanta during the height of Jim Crow for better opportunities in northern cities like New York, Chicago and Detroit, so upkeep on other grave sites went dormant. 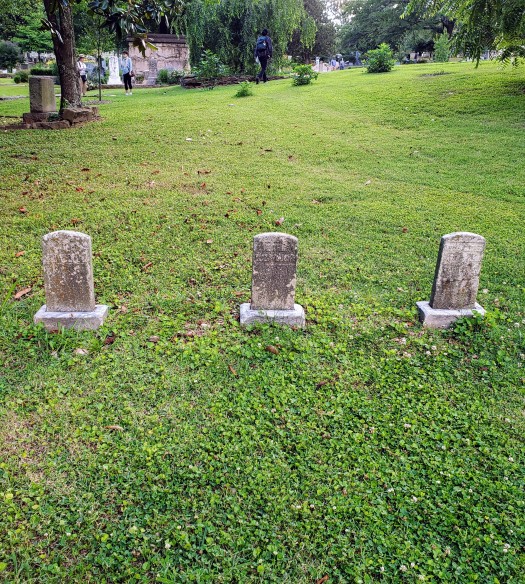 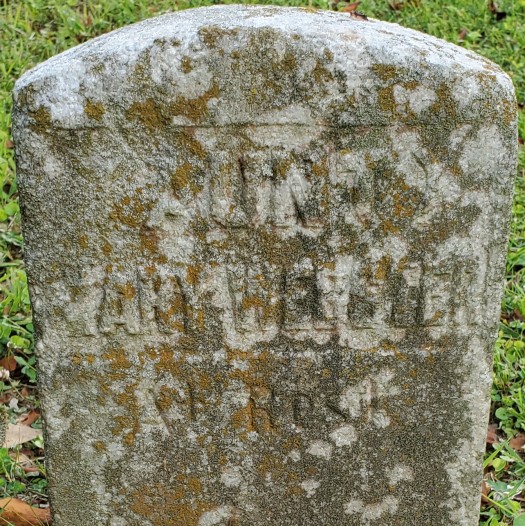 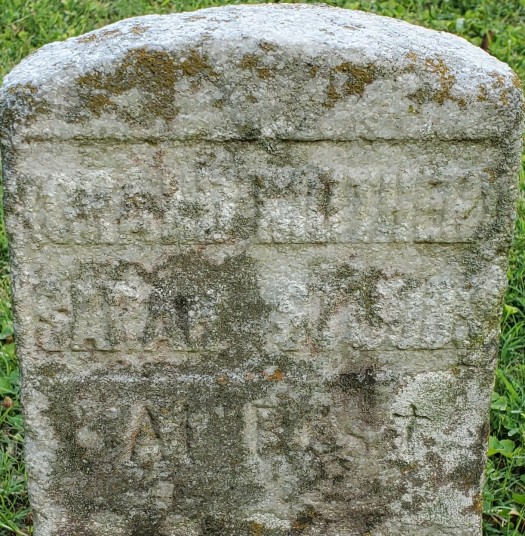 Of the more than 12,000 African-Americans buried in Oakland Cemetery, many graves sites are not well-marked, or at all, but some are elaborate and well-kept. Walking through the African-American section, you will find graves of Reverend Frank Quarles, an early benefactor of Morehouse College, Bishop Wesley John Gaines, Carrie Steele Logan, and Antoine Graves, the owner of the only mausoleum in the black section. Graves was an educator and prominent realtor who brokered the land deal where the Georgia State Capitol now sits. When he was principal of Gate City Colored Public School, Graves refused to close his school as ordered to commemorate Jefferson Davis’ body passing through Atlanta from New Orleans to Richmond, Virginia. 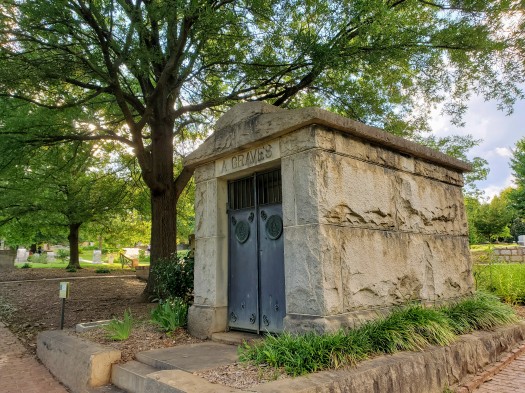 Gaines was a co-founder of Morris Brown College. Carrie Steele Logan was the founder of the oldest Black orphanage, still in operation, and now housed in the Carrie Steele-Pitts Home.

I learned so much about Atlanta’s famous black residents during various tours of Oakland Cemetery, including Juneteenth, the annual Halloween ghost tours, and Black History Month. Oakland is continuing its mission to preserve and restore its grounds and maintain the “homes” of its residents, and began restoration of the African-American grounds in 2017. Donations, involvement and sharing knowledge about their programs are always welcome!

Use this Juneteenth and every day moving forward as a reminder to remember the sacrifices made on our behalf so that we may enjoy the freedoms afforded to us by the actions of others before us. Happy Juneteenth!